Tuesday, July 16, 2019 is the 50th anniversary of the launching of the Apollo 11 mission to land on the Moon.  To pay tribute to this great event in history and in the spirit of  making every journey a "Hard Riding Adventure!"  I will ride from Earth, TX to Moon, PA, and back to Earth, TX.

This is my second Apollo 11 tribute ride, having earned my "IBAnaut" bragging rights back in July of 2014:  "From the Earth to the Moon"

That was a fun trip, but doing just a Bun Burner Gold (BBG) from Earth to Moon kinda left me dangling out there in space.  So, the 50th anniversary of the Apollo 11 launch is a great opportunity to complete the journey.

MISSION OBJECTIVE (Options)
Objective number 1 is the goal.  If there a mission anomaly cause a delay, objective number 2 is operative, etc. Having options for completing the Earth to Moon to Earth round trip gives me a strategy to get the most out of the event.   I have been monitoring the enroute weather potentials then Hurricane Barry that blew in from the Gulf of Mexico. Most of the delay causing issues associated with this storm are well south of my intended route.
MISSION PROFILE

Ride Pace:  The Bun Burner Gold, 1,500+ miles requires an overall average of 62.5 MPH over the entire 24 hour period.  I will ride straight through from Earth to Moon, stopping only for fuel.  As you can see from the BaseCamp routing data above the Earth to Moon leg takes 20:59 hours of moving time and 0:35 minutes spread among 5 pit stops.  I have calibrated the BaseCamp speeds for Interstates and major highways to match my actual moving average derived from my Dezl GPS moving average.  That way, when I use BaseCamp to calculated a route it produces a moving time that is more realistic to my actual ride pace:  71.8 MPH.  The return leg from Moon to Earth is over the same route with similar moving average speeds and pit stop times.  I have only 0:46 minutes of 'slack time' for the entire 3,000 mile, 48 hour BBGx2 event.

I have elected not to plot out each pit stop along the way as in past BBGs.  I'm using advanced navigational aids (snicker) that enable me to optimize refueling locations along my route. I am able to select optimal fuel stop locations with great precision using the Garmin Dezl 770 'Trucker' GPS, Android Auto app running on my IP68 rated Samsung Galaxy S9+ smartphone location data and the extremely accurate fuel range data provided by the on-board computer of the BMW R1200GS Adventure.  An optimal pit stop location is one located on the right side of the Interstate next to the off ramp and has ample services available.  My favorites are Pilot, Flying-J, Petro and Love's travel centers.  The Dezl GPS is programmed to seek out these 'truck stops'

The table below combines the BaseCamp riding time for each segment adding time for each calculated fuel stop.  I'm using a 7 minute standard pit stop for each calculated pit stop.  I easily get 300 miles of fuel range at sustained Interstate speeds but am using a 275 miles planning range for this event.  I reliably run the on-board fuel endurance 'Range' to zero before stopping at a designated fuel stop.  When the low fuel icon illuminates I search for an optimal pit stop location within the remaining predicted range.  (The 2016 BMW R1200GS Adventure has a rated fuel capacity of 7.9 gallons, but only 7.7 gallons are usable before fuel exhaustion.)


I want to receive Iron Butt Association certification for the event and will be keeping the required documentation.  That means obtaining a start dated business receipt (DBR), fuel stop DBRs along the way, DBR in Moon, and finishing DBR when I return to Earth.  In addition to retaining the printed DBR documents I will be PicDoc'ing each DBR with the GSA odometer reading.  Being a Iron Butt Association Premier Program member, I can receive fast tracked certification of this ride.  I highly recommend you join the IBA Premier Program and enjoy the many benefits the program has to offer.

Nutrition/Hydration - I use a Mil-Spec Camelbak Antidote 100 oz. hydration pack, mounted to the pannier with insulated supply tube equipped with a bite valve, for my main water supply.  I also have a Under Armour 24 oz insulated steel drink bottle for tasty beverages. I practice intermittent fasting and one meal a day so there will be no breakfast, lunch or dinner stops.  I will be carrying custom trail mix and will pick up two Taco Bell Veggie Power Menu Burritos during the pit stop around my normal meal window, 4 to 6 pm.  I will eat these items will riding...carefully of course.

I am breaking-in my brand new Klim Kodiak "Touring" jacket. The Kodiak is billed as the Klim 'touring' jacket with comfort improvements over the Badlands.  Having ridden with the Badlands for three years I'm anxious to test out this new jacket. Check out the excellent and detailed review by RevZilla

I arrived in Muleshoe, the pre-launch staging location and checked into hotel.  Tony Osborne's FJR was parked at the hotel already.  He is doing the month long multi 1,000+ miles per day event.  I found out he did a BBG to Muleshoe from someplace up north.   Kenneth Andrews arrived shortly after I did so we all decided to ride to Earth for our pre launch recon.  There we met three other IBAnauts.  It wasn't long before Anthony Osborne arrived to complete the gathering.

I departed my hotel room in Muleshoe at 3:00 am heading for the launch site at the Alon station in Earth.  Got a cup of coffee and prepared to top of my tank, took a picture of the start dated business receipt and launched on my trek to Moon.

"Houston, we have a problem!"
Just past Vinita, OK, My foot pegs started to buzz. I immediately looked for a tire pressure monitor indication. Noting none, I knew exactly what this was...a drive train issue. My speed was 75+ along the Will Rogers Turnpike as I started to look for a place to pull over. I was approaching a river overpass where the highway narrows so I was committed to stopping on the other side of the bridge. Time between the first buzz of the foot pegs to complete stop was less than 1 minute. I stopped the motorcycle as quickly as possible. By the time I had stopped the shaft was clunking, confirming my suspicions. I put the bike on the center stand. Inspected the final drive case for oil, noting none. I felt the final drive case and it was not hot. Then I rotated the rear wheel, feeling the shaft bind up confirming my suspicions. I was disappointed since I had the drive shaft inspected during my last 12K service, some 10,000 miles before this failure, with no issues noted.

I contacted Progressive Insurance who dispatched a wrecker to take me to the nearest BMW motorcycle dealer in Bentonville, AR.  Arriving there, they quickly determined it was the universal joint that failed.

Gary, the dealership general manager, did a parts availability scan and informed me there were no drive shafts available in North America, Germany had on but it was not available, and the BMW OEM parts distribution center was expecting a shipment of 70 drive shafts by the end of the month.  It was clear I was not going to be back on the road so, I began to formulate a recovery plan.  My good comrade and sometimes riding companion, Danny had called me on the phone to offer to drive up from Benton TX to Bentonville with his truck and trailer and take me back home.  I accepted his offer.

Gary at Bentonville BMW offered me the use of a 2008 GSA to use while I waited overnight for Danny to arrive.  I rode into town and got a room for the night.  Changed into street clothes and walked next door to the cheap Chinese buffet for my one meal of the day.  I contacted my BMW dealer in Austin to get the ball rolling on ordering a new drive shaft.  I have an extended unlimited mileage warranty on this motorcycle that covers mechanical failures till May 17, 2021.
"Hard Riding Adventure"

Do any IBA SaddleSore or BunBurnner ride between Earth, TX and Moon, PA and lay claim to a "IBAnaut" designation.  Ideally, starting on an anniversary date of any Apollo Mission.  All rides should start from Earth, TX of course, unless you are an eastern extraterrestrial.  Just think of the fun combinations: 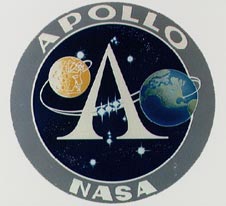 Disclaimer:  The designation "IBAnaut" is not an official Iron Butt Association label for any ride.  Just my attempt to add a little fun to the event.
Posted by Tim Masterson (HardTxRider) at 12:00 AM Links to this post